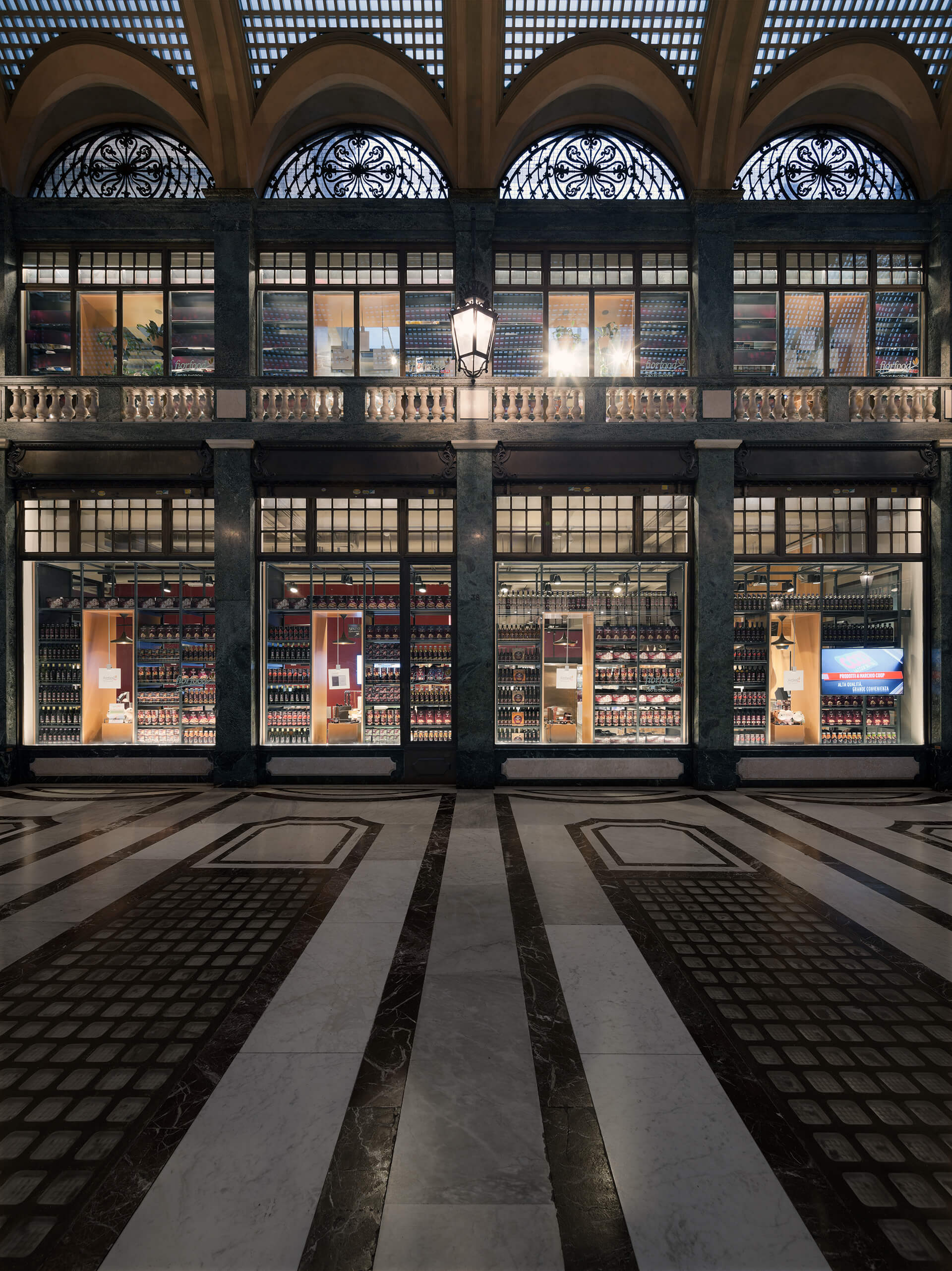 The Fiorfood project in Galleria San Federico in Turin takes position in stating that “the building heritage of our cities is the cultural asset available to those who undertake new business models of economic and social innovation: wonderful places, authoritative settings awaiting our ability to reclaim the city, ‘our best shared production’” (Ricky Burdett).

Turin is a city of arcades and galleries. Over the past few decades the main street arcades have undergone numerous restorations, becoming very relevant social areas. At the same time, however, the galleries have slowly become abandoned spaces. Among them is the historic Galleria San Federico, a beautiful thirties building in an eclectic style in the heart of the city that had long been an important place of commerce and leisure for the city, a prestigious container of luxury shops, representative offices, elegant bars and restaurants. Here the offices of La Stampa were located and, during the Second World War, a beautiful photo was taken of when, at the Italy’s declaration of entry into the war, the whole city concentrated to listen the press releases coming from the newsroom.
It also hosted the beautiful Lux cinema and was the Juventus’ headquarter from 1965 to 1985.
Over the years it was later neglected, to the point that for a period there were held tango schools at the evening.
Juventus, in the 2009, on the occasion of the construction of the new Juventus Stadium, decided to create an exhibition space in the gallery with the model of the new architecture. In short, it was a truly significant place for Turinese people and, absurdly, totally abandoned. 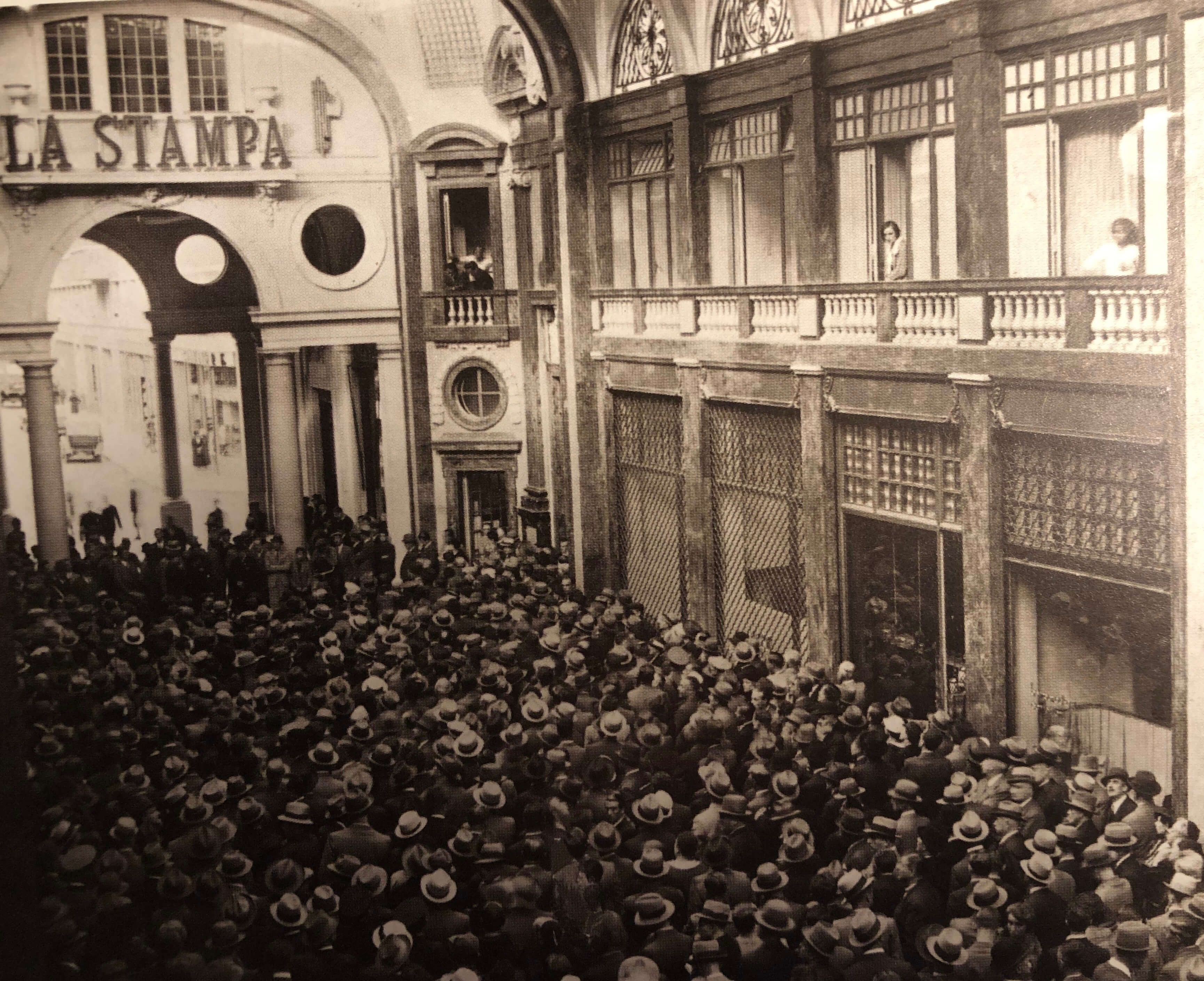 At one point, Coop decided to create a very interesting project and asked us to design an event space for books, catering and sales of its products, in some ways similar to the libreria.coop Ambasciatori bookstore in Bologna, but where Food, in this case, was not represented by Eataly but by the starred chef Giovanni Grasso. 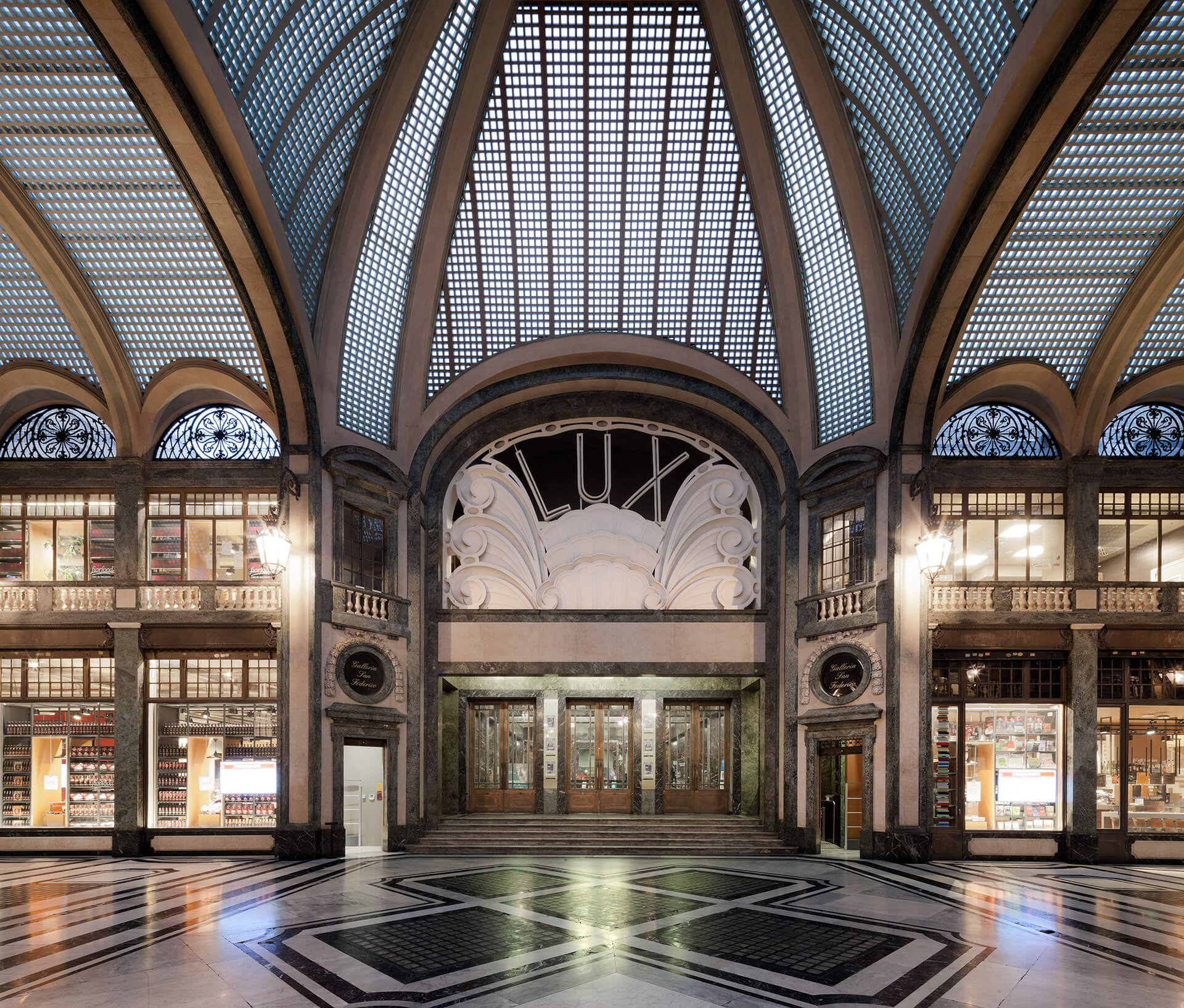 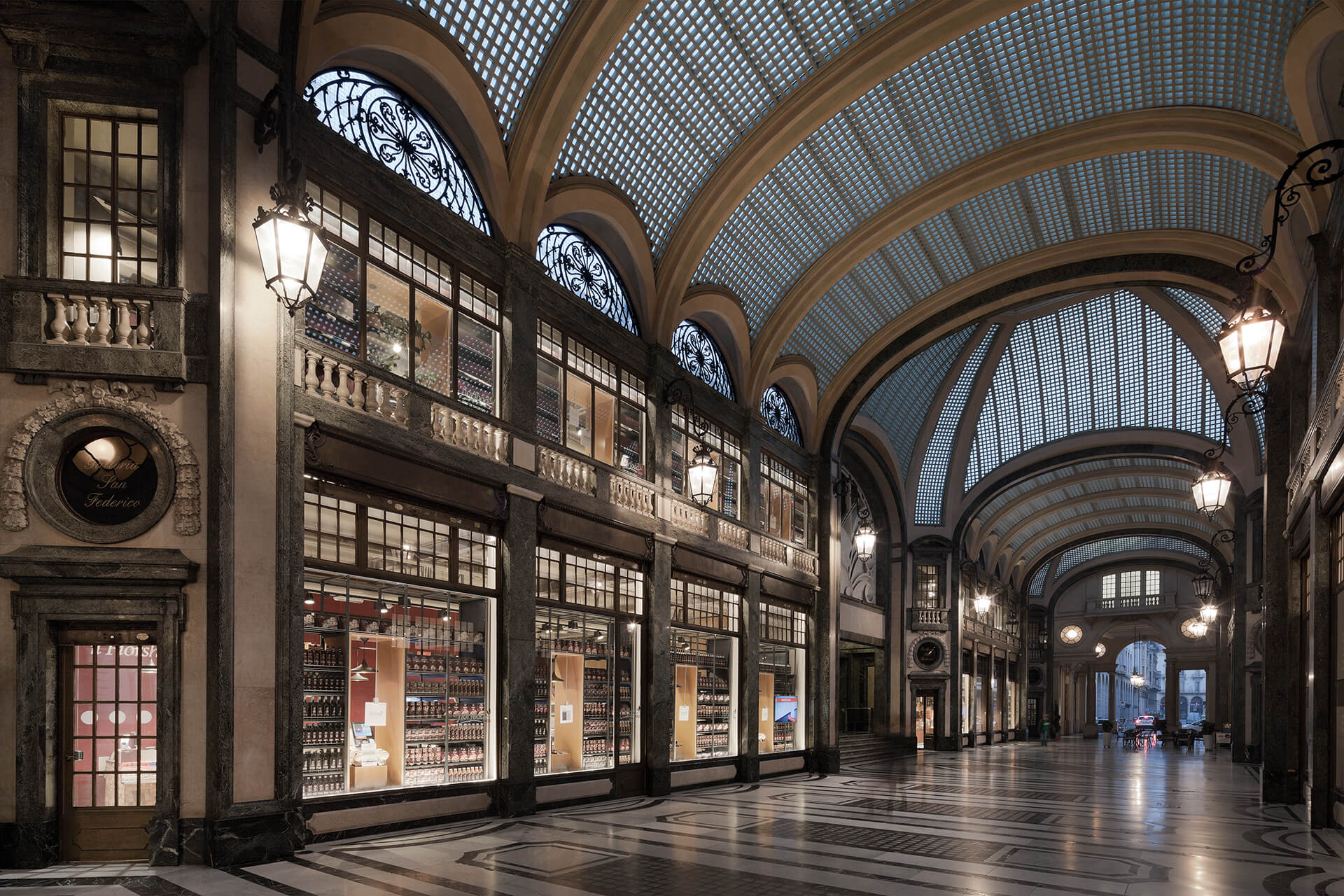 A restaurant was then created with a “bistro” formula, more accessible and an exclusive formula, which continues to have a great success today in Turin.
In addition to the restaurant, Coop opened a space for the sale of its industrial products, but only those under the Coop brand and, in particular, the “Fiorfood” products, that is the excellences of the territory and of food and wine. 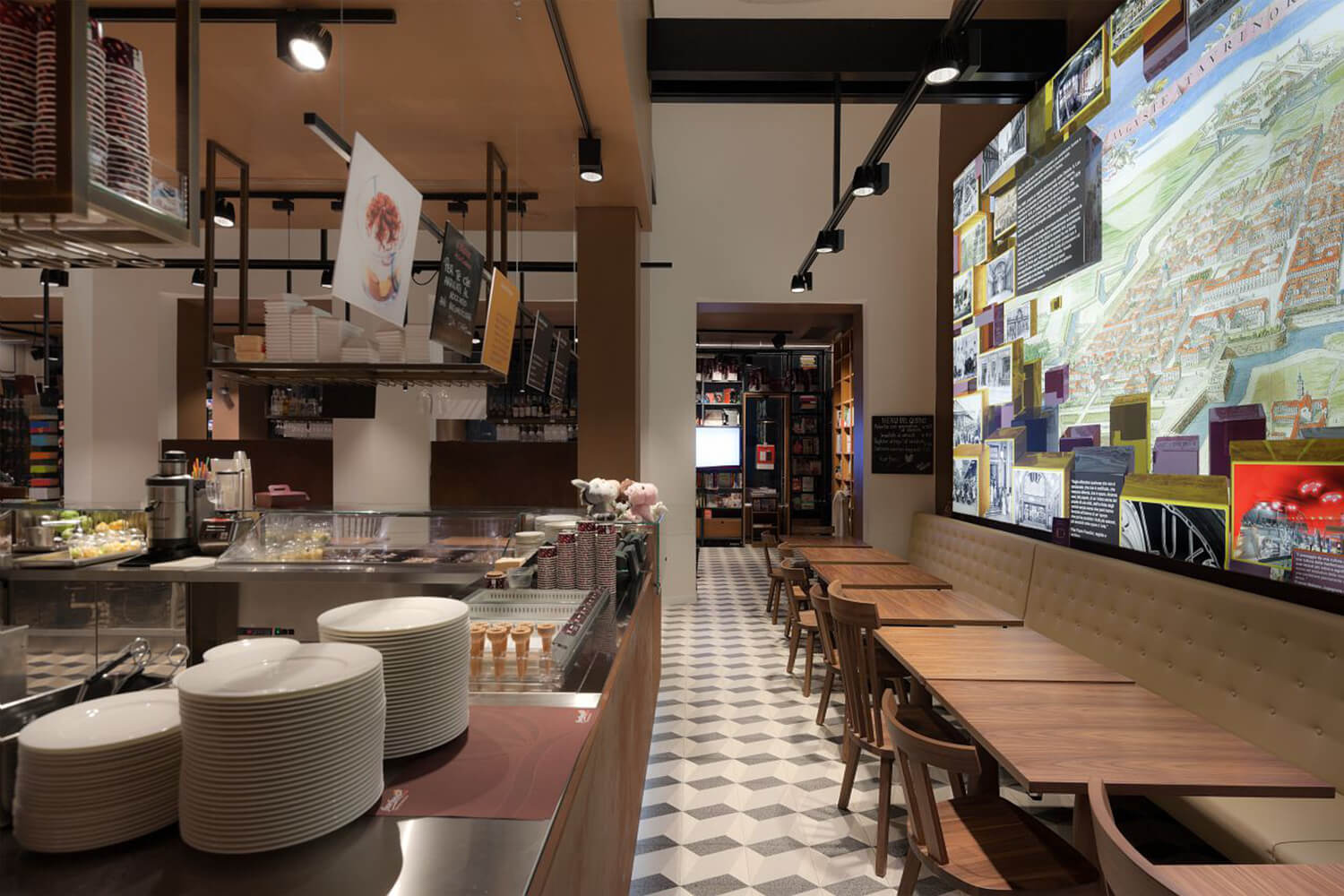 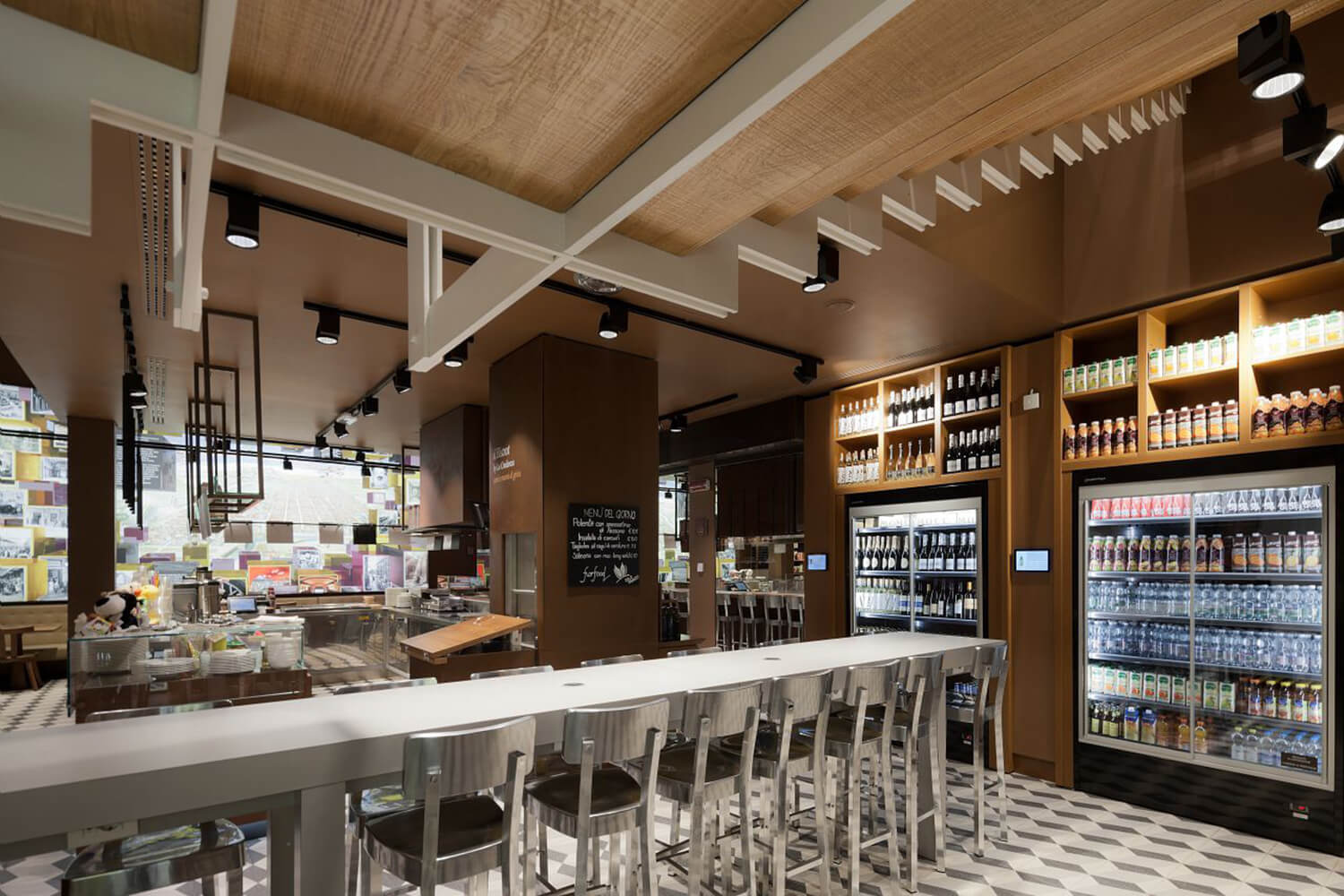 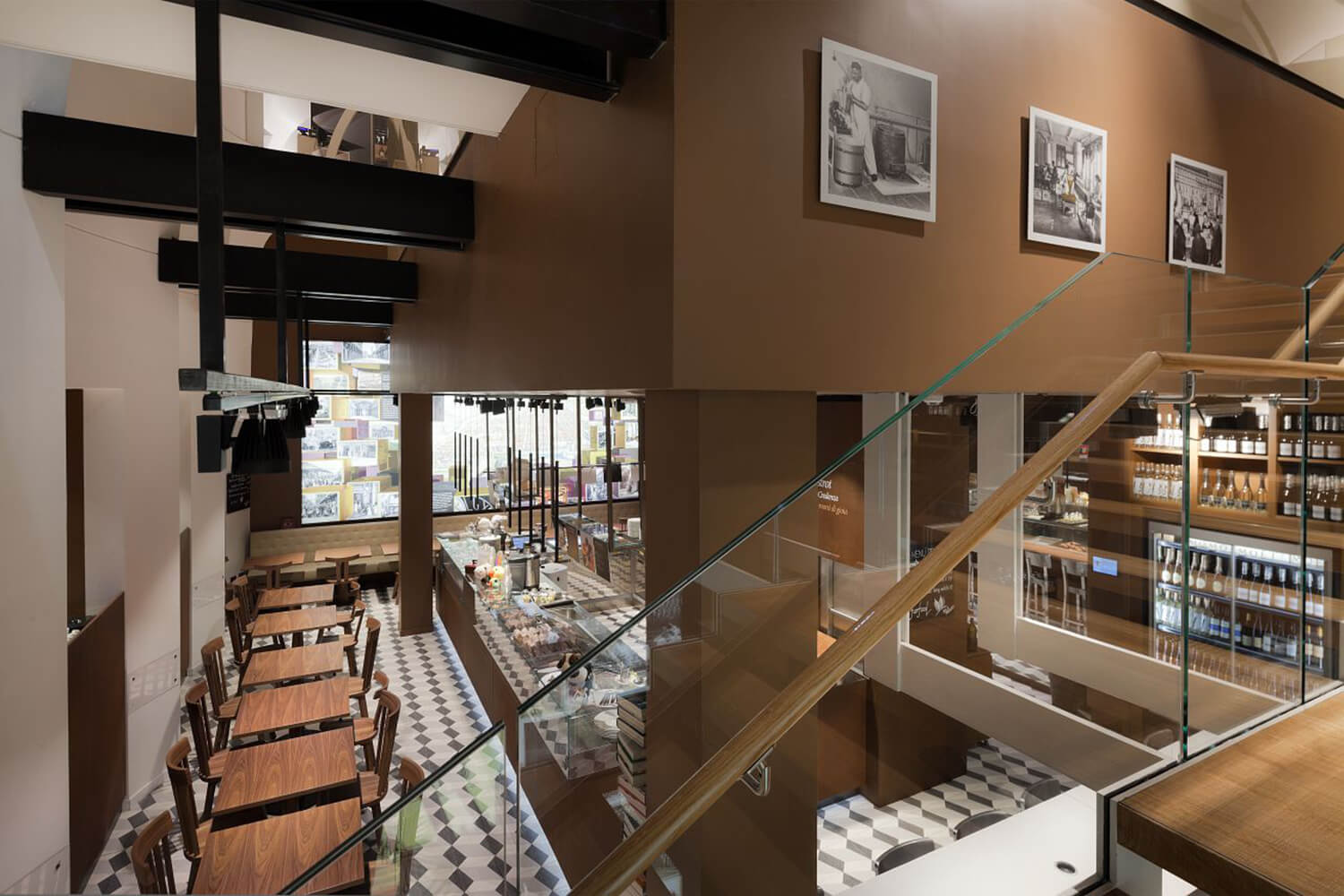 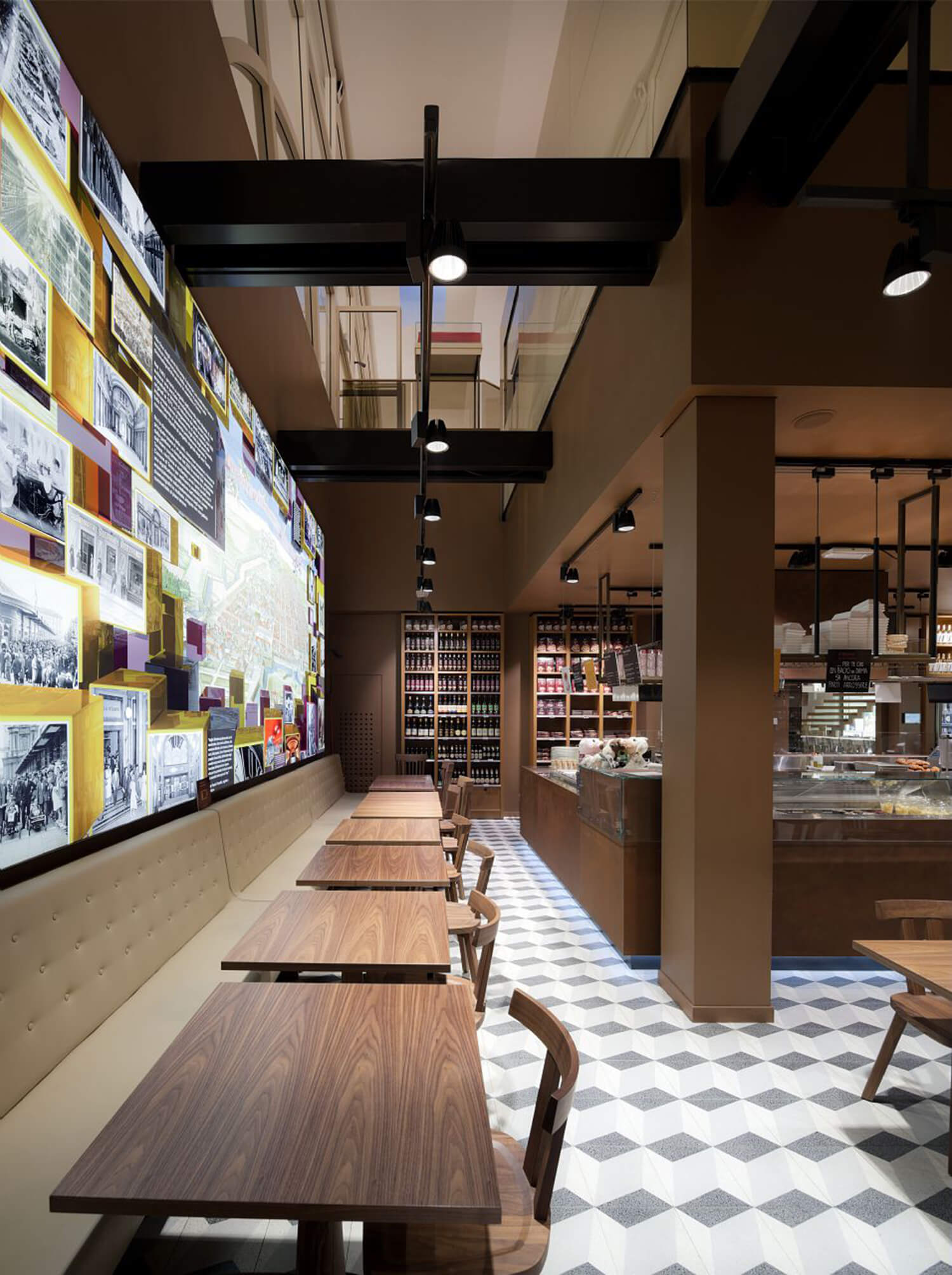 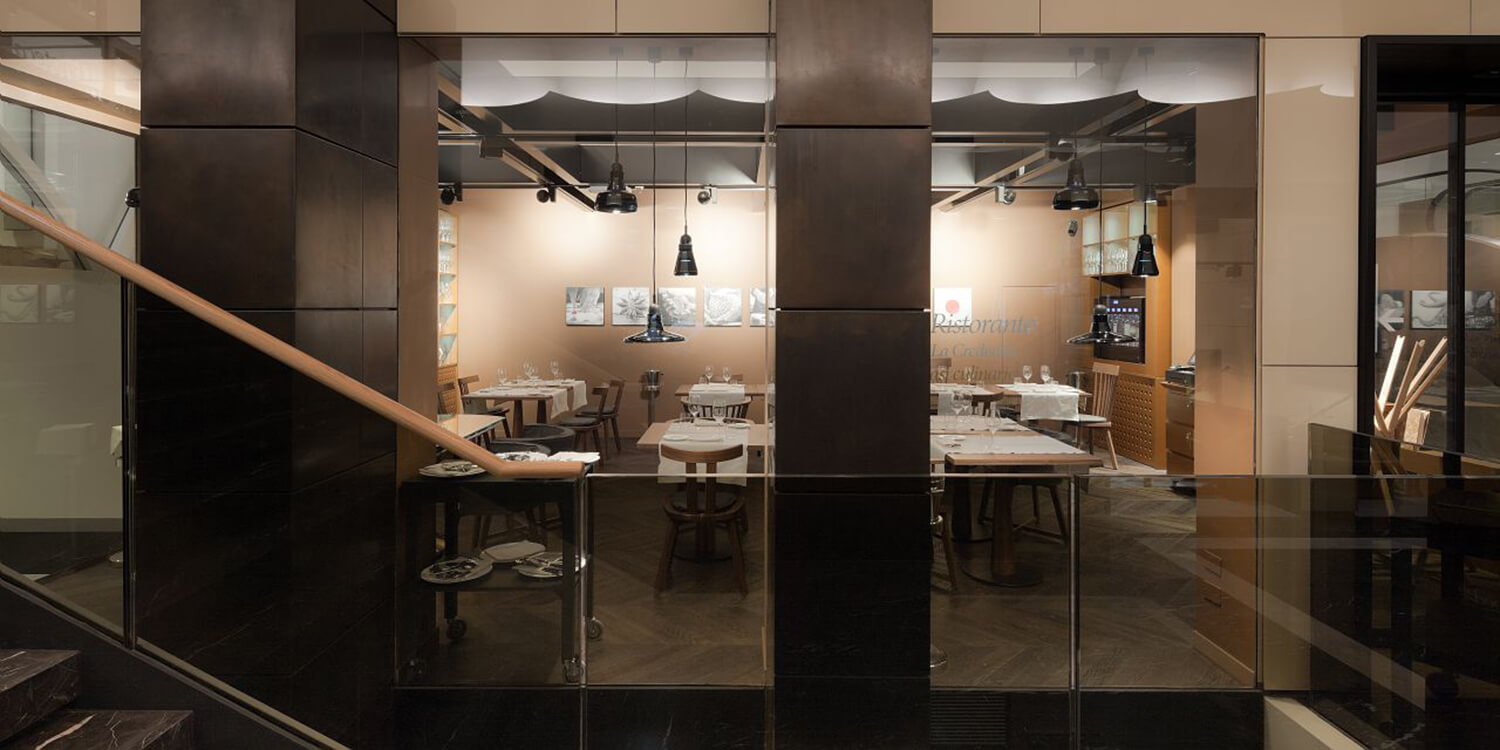 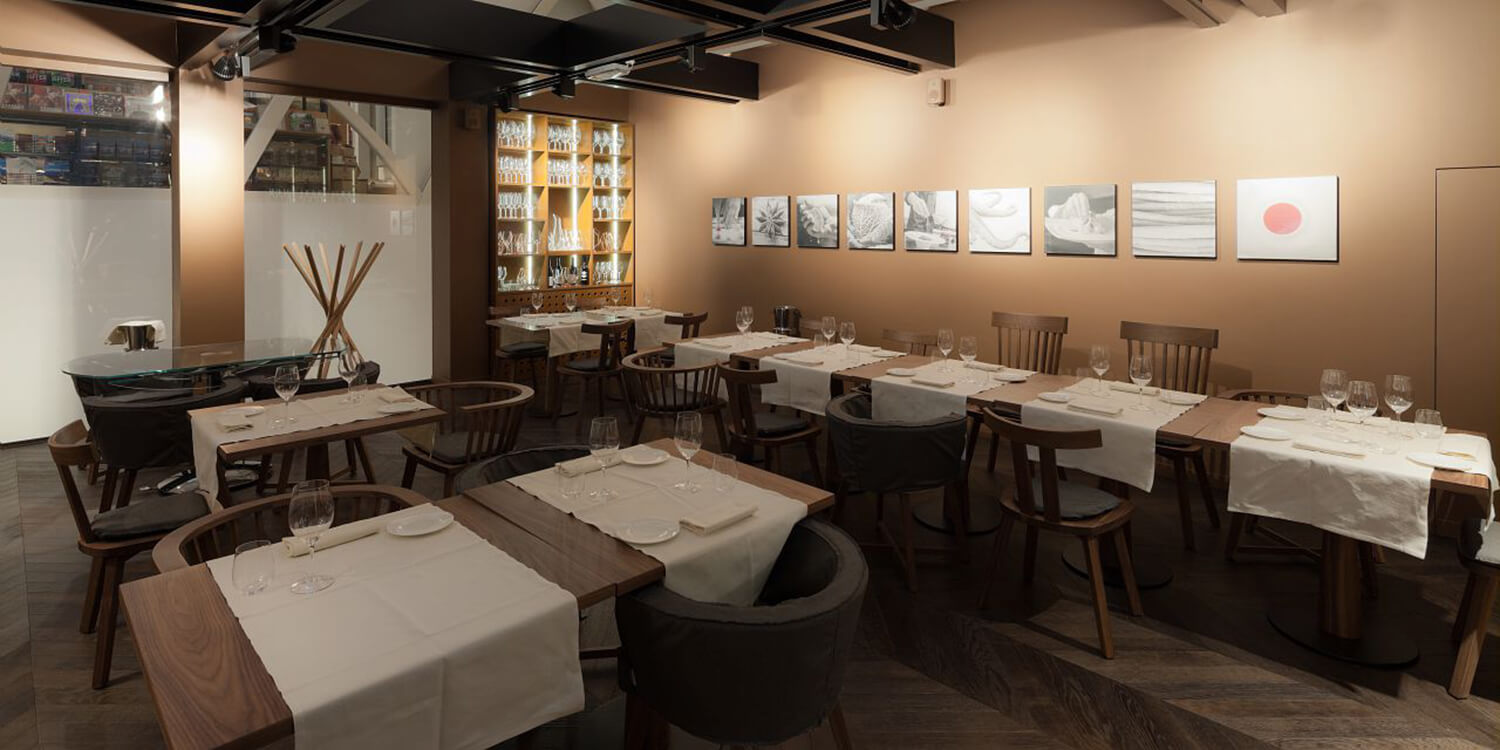 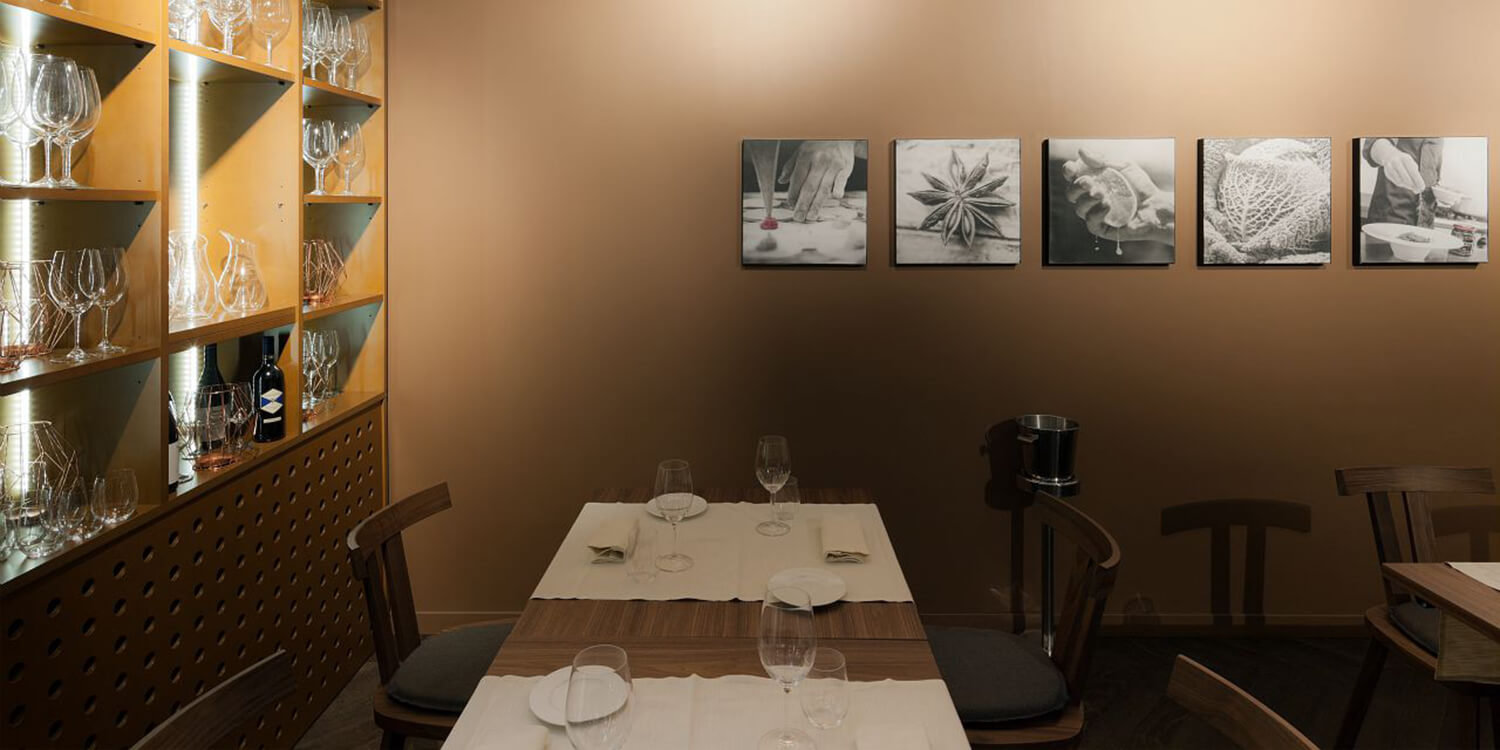 A prestigious space for book events, catering and sales of Coop brand products. 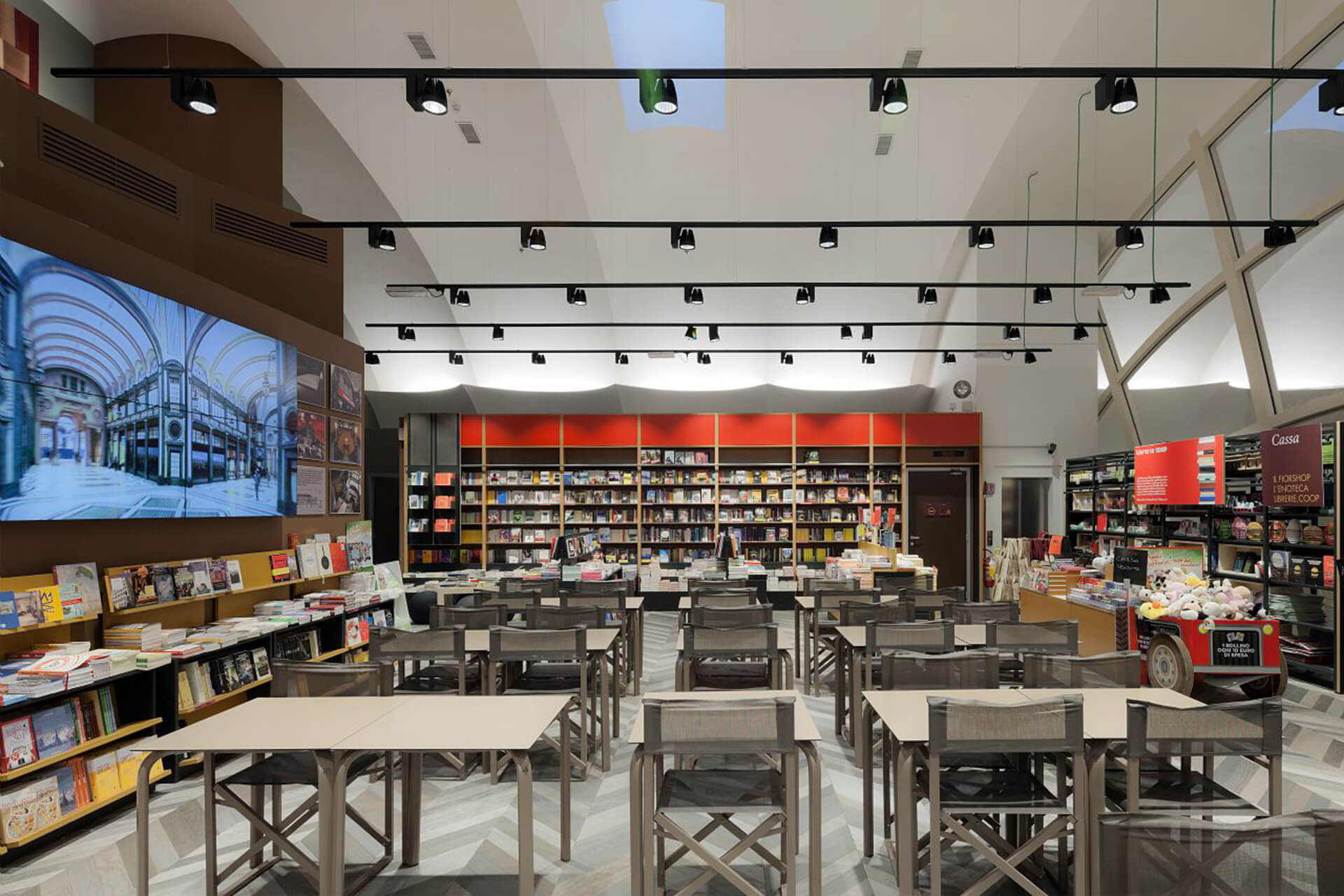 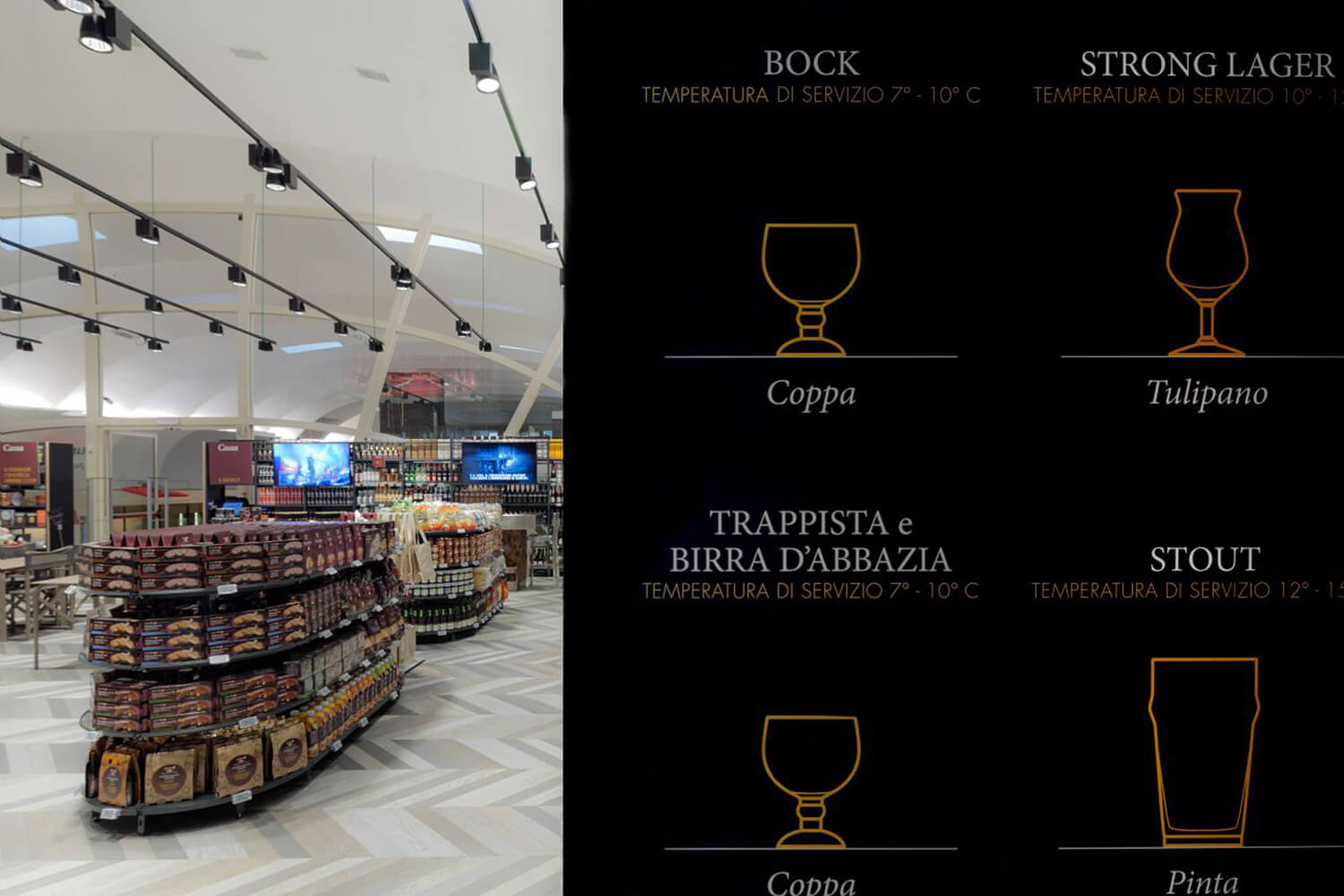 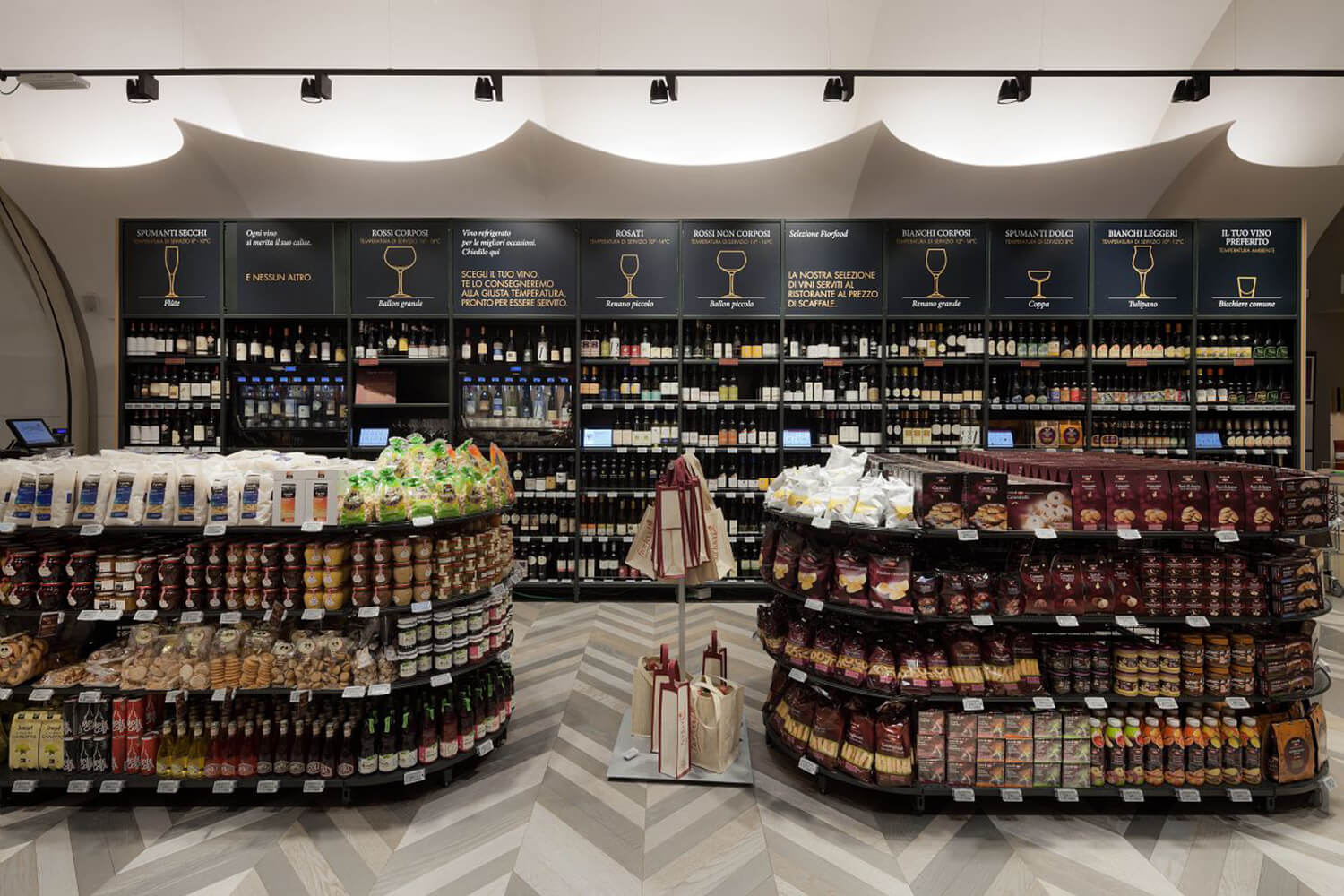 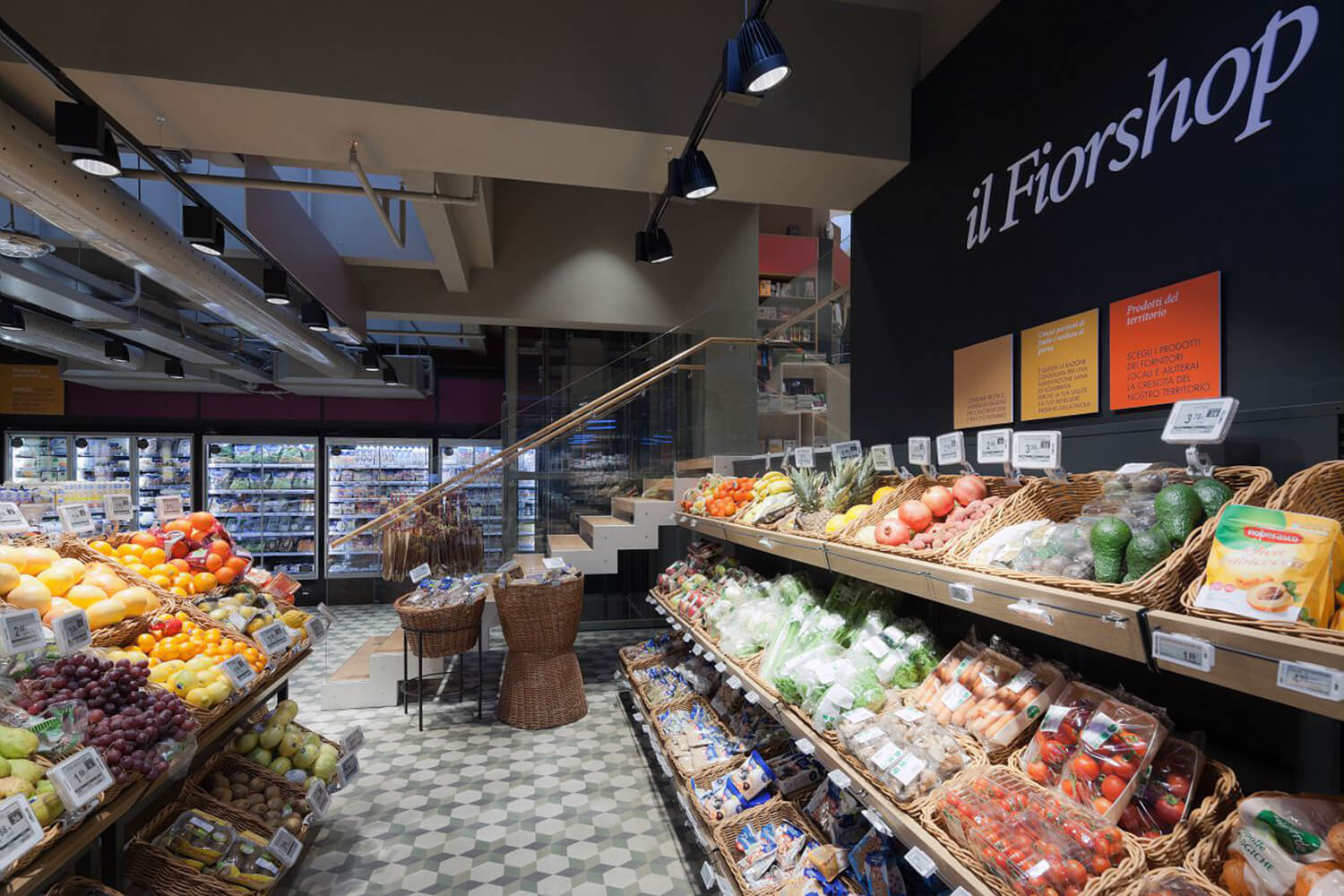 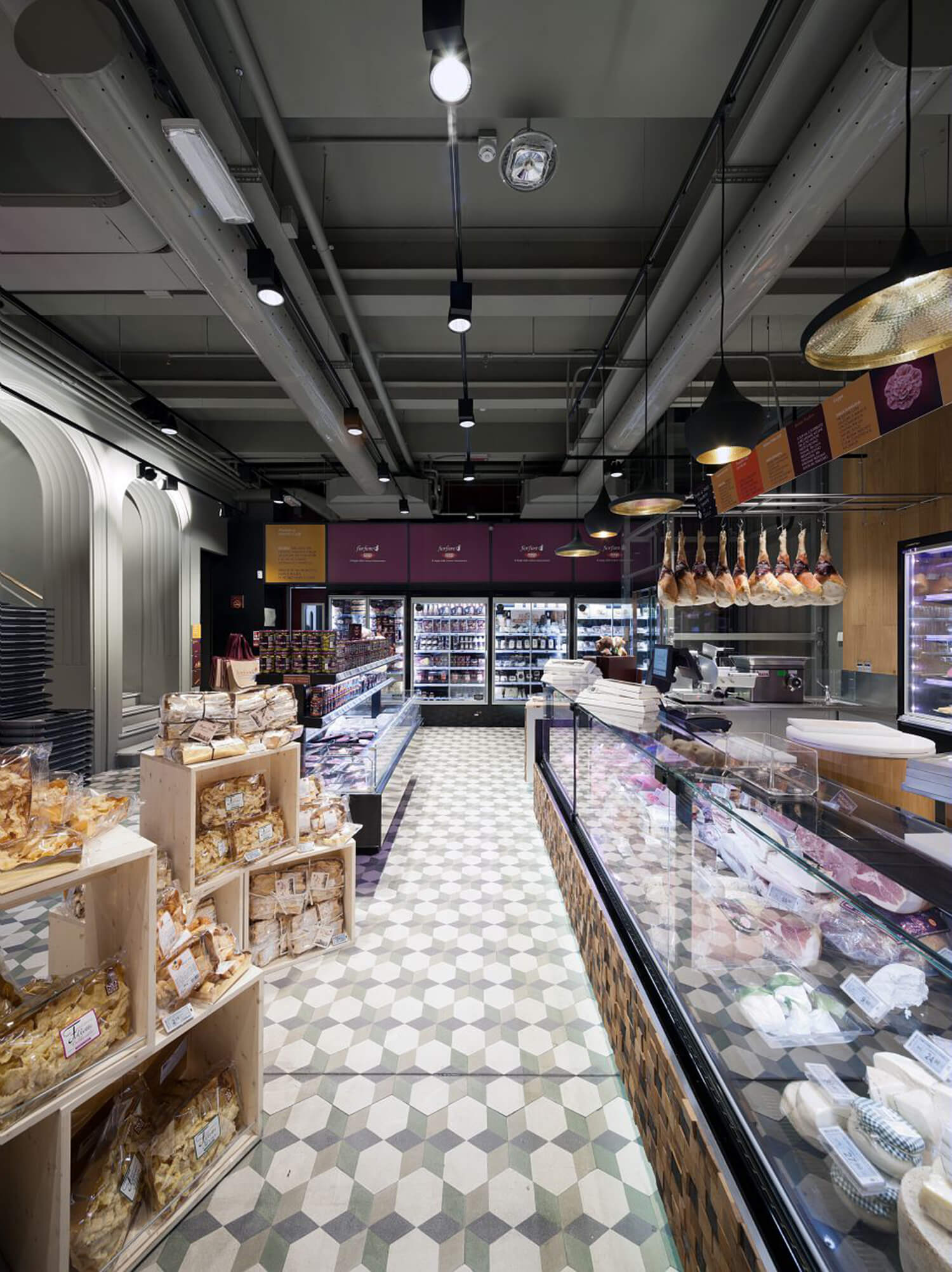 So the space is divided into a sales area of Coop brand products, a bistro run by a starred chef and an area dedicated to the sale and presentation of books. The project, thanks also to an important building restoration, has contributed to the rebirth of the Galleria San Federico, making it return to have an important role in the lives of Turinese people. 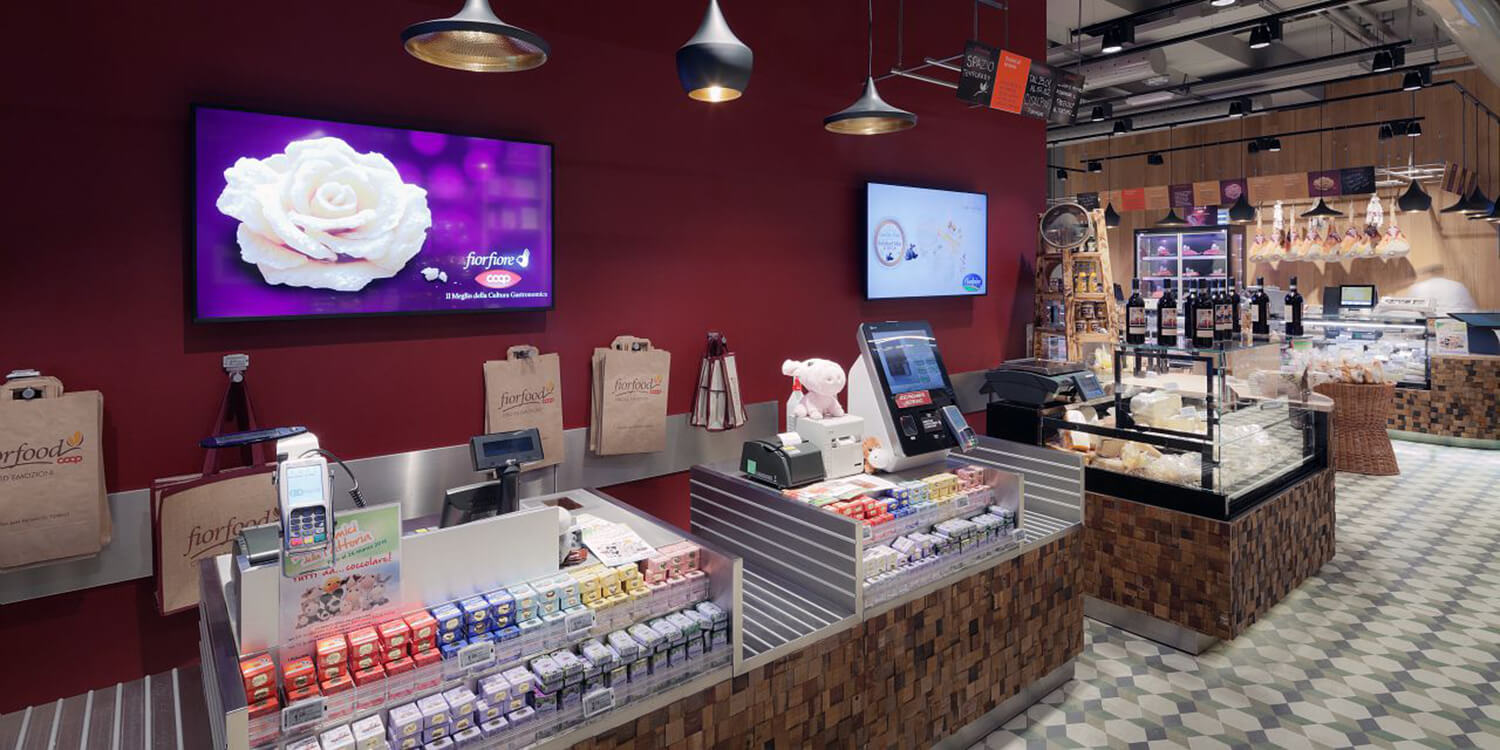 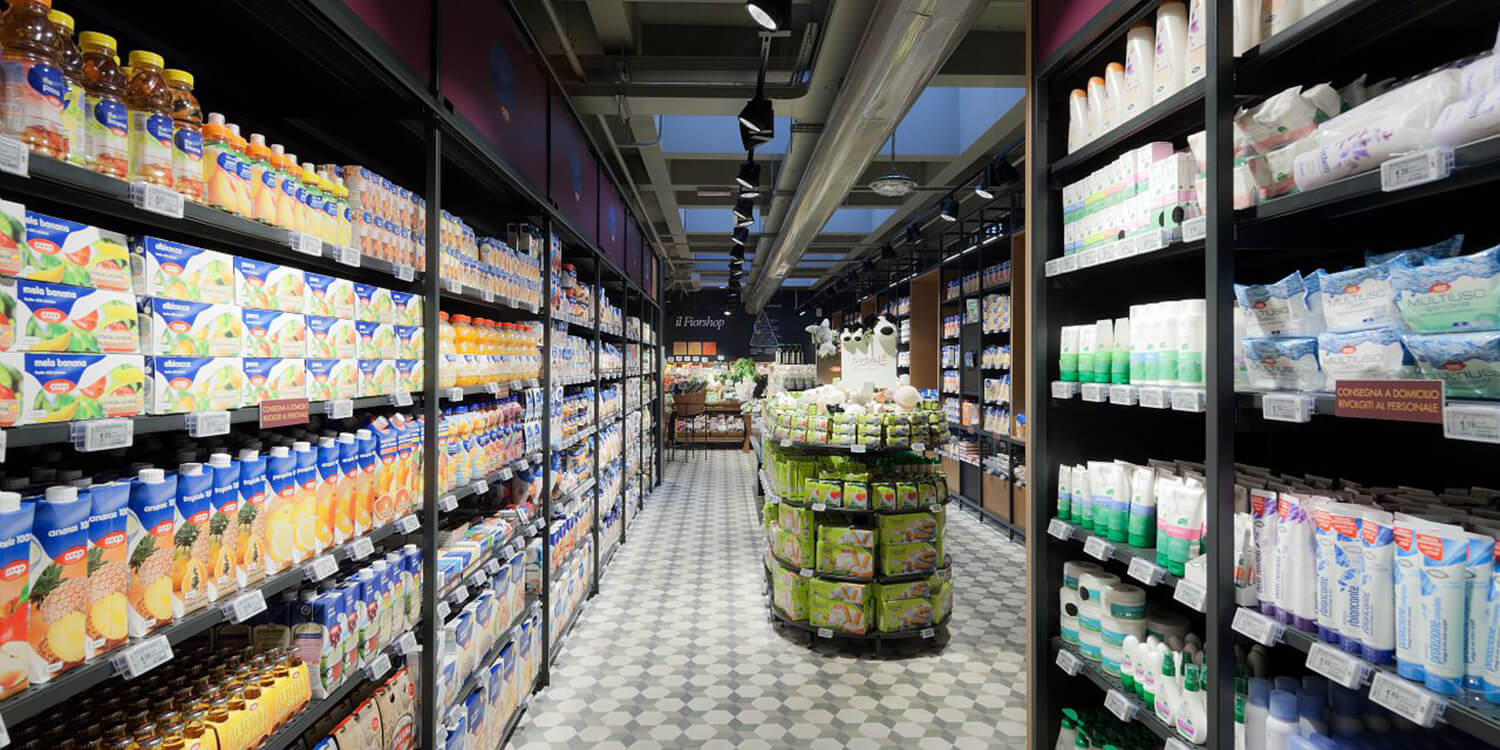 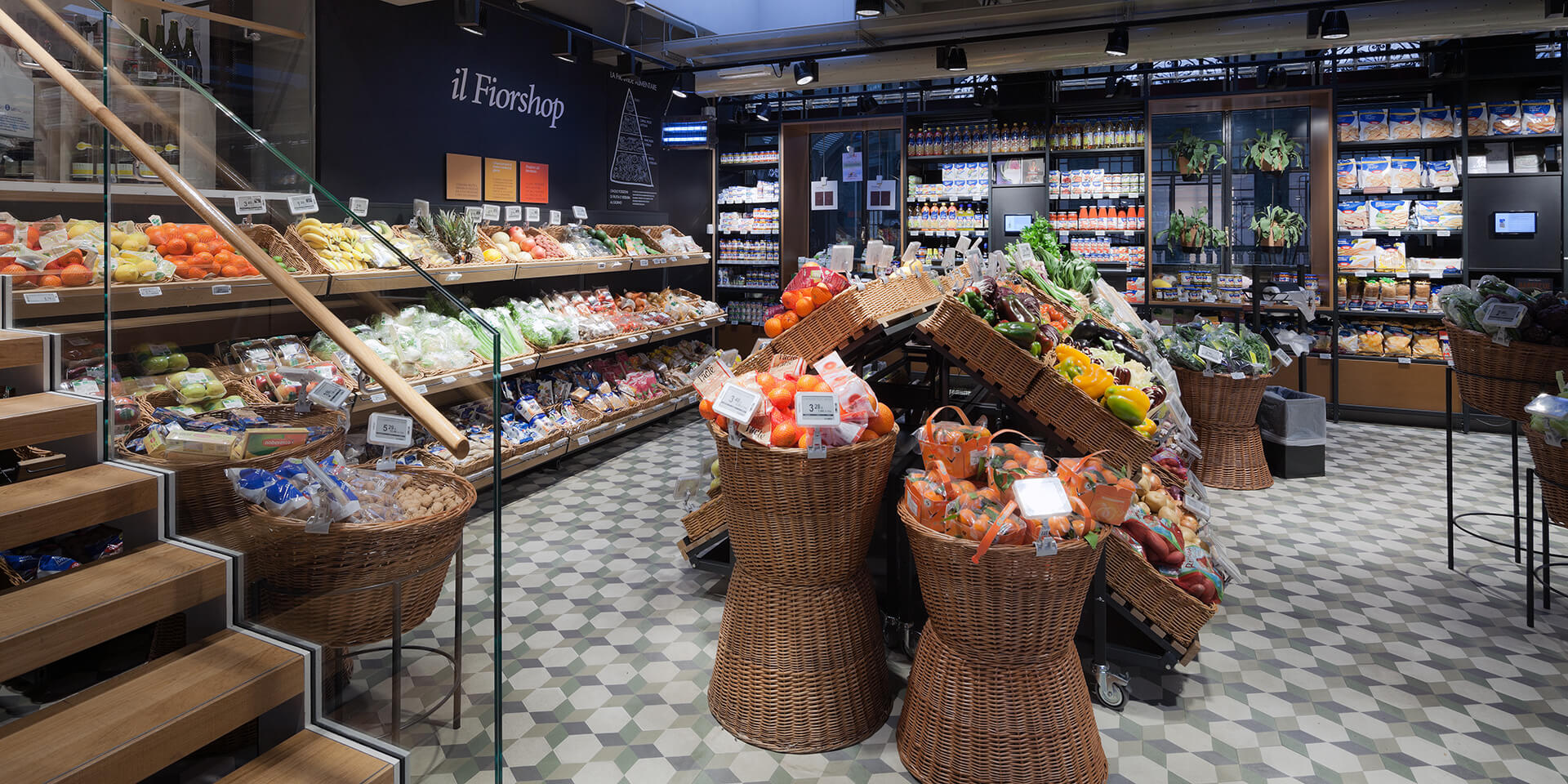 To conclude, we offer this clip from The Italian Job, a movie directed by Peter Collinson in 1969, awarded by the Pearl & Dean website survey for proposing the best car chase in the history of cinema, before famous scenes as those of The Blues Brothers and The Bourne Identity. Filming takes place between Piazza Castello and Piazza San Carlo, through the splendid Galleria Subalpina and “our” Galleria San Federico, which see the three unstoppable Mini Coopers protagonists of the film pass under their glazed vaults and which, not surprisingly, were chosen as a location because they are iconic and representative places of a city. Enjoy yourself!